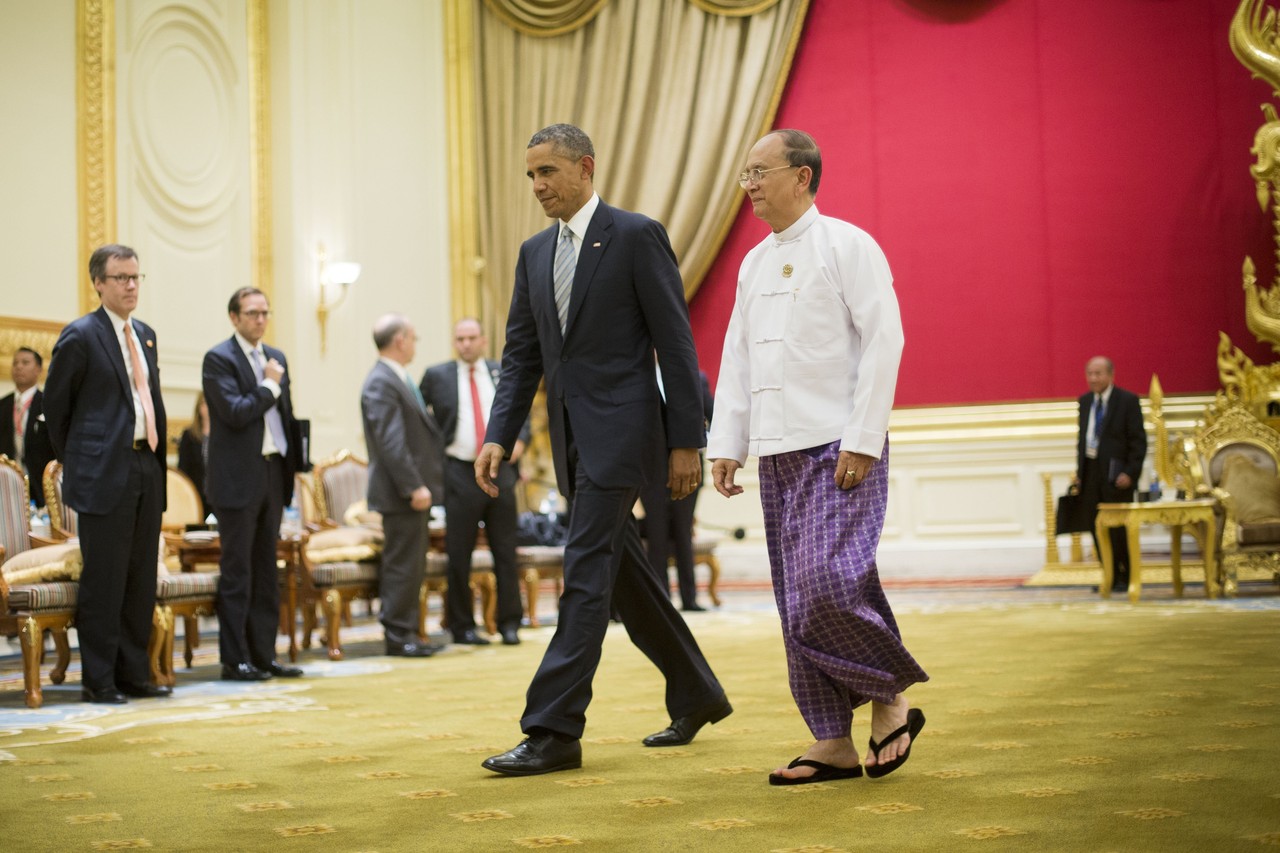 Amid growing concern over the slowing pace of democratic transition in Myanmar, U.S. President Barack Obama raised human-rights and political-reform issues Thursday with the country’s leader but didn’t impose firm conditions for continued U.S. support. Noting that the transition process is still incomplete, he cited violence against ethnic Rohingya Muslims in the western state of Rakhine and the government’s failure to change the constitution ahead of next year’s elections.